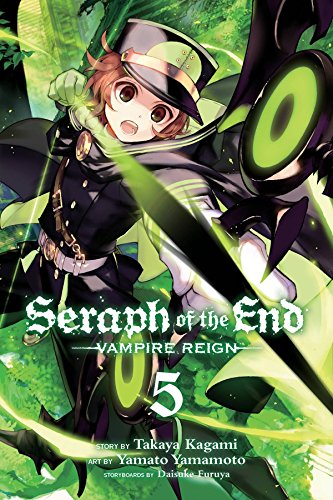 Yuichiro has no memory of his terrifying but temporary transformation into a one-winged monster during the battle for Shinjuku. The widely feared leaders of the Japanese Imperial Demon Army, however, take note of his squad's unusual talent. Despite the unwanted attention, Yuichiro's resolve to save Mika from the vampires crystallizes as his real training in demon possession and manifestation begins.


Yamato Yamamoto, born 1983, is the artist of the Kure-nai manga and illustrator of the Kure-nai, 9S -Nine S- and Denpa Teki no Kanojo light novels. Both Denpa Teki no Kanojo and Kure-nai have been adapted into anime. Takaya Kagami is a prolific light novelist whose works include the action and fantasy series A Dark Rabbit Has Seven Lives, which spawned a manga and anime series, as well as The Legend of Legendary Heroes, which has also been adapted into manga, anime and a video game. Daisuke Furuya previously assisted Yamato Yamamoto with storyboards for Kure-nai.